As his namesake suggests, Shelby is a as sweet as Southern Iced Tea!  This 10 year old gentleman Pug is full of nothing but joy and happiness.  He is truly one of the happiest Pugs we have ever encountered!  He loves to play with stuffed toys and is a very gentle boy.  Whenever his foster Mom bends down to rub his broad chest, he offers her a sweet kiss on the nose.  Several months prior to being surrendered to TBIN, Shelby jumped off of a sofa and injured his back. Some anti-inflammatories were given and he recovered quickly but has a sway and swagger to his gait.  The injury did leave him with less control over his bowels and bladder - this is managed by a belly band and a good sense of humor.  Shelby can urinate on his own but, his foster Mom expresses his bladder in order to ensure that he is completely empty.  Shelby is in no pain and his condition does not require any medications.

​Shelby was available for adoption, but a match was never made.  Shelby has been with us for a few years now.  While we were originally told that he was around 5, our veterinarian feels that he is much older.  He has some additional health issues, but we are working closely with our veterinarians to ensure that he gets the very best care.  In the meantime, he spends his days hanging out with the other Pugs in his foster home, snoozing on orthopedic beds, and giving his foster parents plenty of kisses.  ​He will remain in TBIN's care for the rest of his many, happy days. 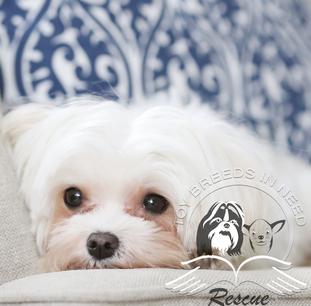 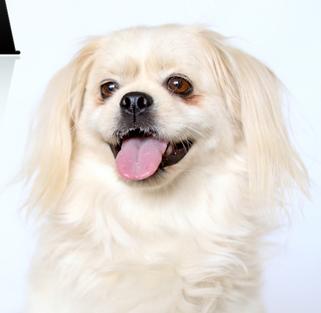 ​​Meet Magnificent Milo!  Milo is a 3 year old, 6 pound, healthy and handsome Maltese.  His silky white hair is dotted by the most endearing dark eyes and a button nose.  Milo is wickedly smart - he knows sit, twirl, down, come, wait, paw, etc.  He is also completely house trained and pee pad trained.  He relishes in a good game of fetch or “catch me” where he will encourage his foster Mom to run around after him (it looks like he is laughing when he does this!).  One of his most endearing behaviors is wrapping his tiny white paws around his foster Mom's shoulder when she picks him up and gently giving her a kiss on the cheek.  He loves tu cuddle on her lap when she is at the computer or lay next to her in the evening during TV time.  Milo was surrendered to TBIN for behavioral problems, namely anxiety and aggression.  He came from a home with two children who did not always understand Milo’s need for space.  Milo also likely lacked proper socialization as a pup and, as a result, he has some phobias (riding in cars, seeing moving cars, strangers, etc.).  He is a reactive dog who, when overstimulated, becomes vocal.  It is important to note that Milo is NOT an aggressive dog.  He is simply a dog who lived in a not-so-great situation and has some anxieties.  Milo has bitten and will bite if he is stressed.  He does not like commotion, loud noises, etc.  He also tends to bond with just one person and if someone other than that person tries to handle him, he can react by snapping.

While Milo has made tremendous strides, he is still prone to biting.  In light of this, and with his safety as our paramount concern, he will stay with his foster family who has extensive experience in loving and caring for behaviorally challenged pups.  While it's sad that this sweet boy had to endure what he did before coming to us, his story is a happy ending.  So many dogs like Milo are not given a second chance.  Milo will spend the rest of his very, very long life being cared for and respected.  We will continue to let him blossom at his pace. 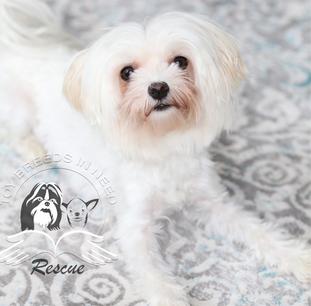 We make a promise to every dog that enters our care: that they will never again be homeless or go without the care they need and deserve.  While our hope is to match the dogs in our charge with loving forever families, sometimes a dog's age or health status means that this does not happen.  In those cases, the dogs remain in a TBIN foster home where they receive the highest level of veterinary care, customized nutrition and supplementation plans, and whatever they need.  Most importantly, they become members of a family and live out their days surrounded by love.

The dogs listed on this page are not available for adoption and will remain with TBIN as Sanctuary Dogs . 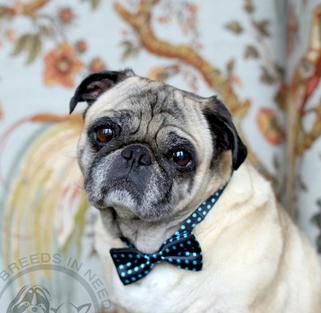 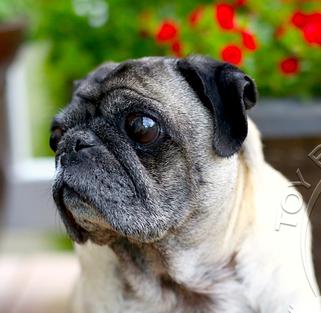 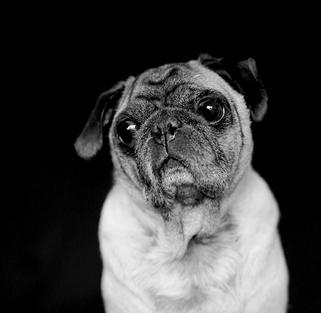 Brimlee is a beautiful, gentle 10 y.o. Pug.  He has the sweetest little curly tail that he happily wags in appreciation for any attention you may spare.  He is wonderful with other dogs, has lovely house manners, and is an easy keeper. When you kneel down, he leans his whole body in to yours as if to soak up as much love as he possibly can.  This boy is pure heart and could not be easier to love.  Some dogs just seem to have poor luck, such is the case with Brimlee.  Brimlee, like so many dogs, he was purchased from a pet store as a young pup.  He gave his whole heart loyally to his family but sadly, they did not give Brimlee the care that he needed.  This sweet muffin was allowed to get up to 37lbs.  That put such a strain on his body and the result was that Brimlee was diagnosed with Diabetes.  Soon after, he lost his vision to cataracts.  If this was not enough, his family had made the decision to end his life.  Thankfully, they reached out to a rescue group and while that rescue declined to help, TBIN heard about his case and stepped in.  Despite all of this, Brimlee gathered himself up, faced the changes he was forced to endure and remained a sweet, affectionate, wonderful soul.  His bravery and resiliency are nothing short of inspiring.  Diabetes is not a death sentence and once regulated, dogs can live a normal, happy life.  While the transition was initially hard on him, he has adjusted and is doing beautifully.

Brimlee's transformation continues - he is now a devoted lap dog and regularly plays with the other dogs in his house.  In early 2017, Brimlee was diagnosed with cancer.  We are fighting this (AND WINNING!).  Brimlee is even a patient of one of the top holistic vets in the country!  The love we have for this sweet boy is immense.  In light of this, he will remain with his foster parents for the rest of his long life. 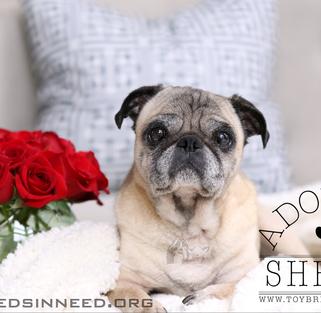 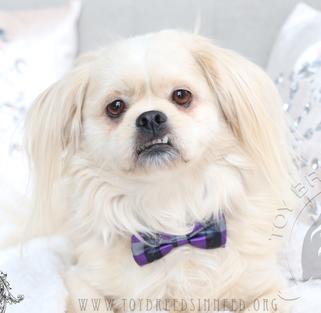 Jax is a stunning cream colored Pekingese Mix.  We cannot be certain but, we think Jax may be part Peke and part lion.  This little boy has courage and heart that is nothing short of inspirational.  He is 17 pounds of fluffy, sweet, cotton candy.  Jax loves to play with other dogs and gives his foster Mom a smooch every time she picks him up (something she loves).  TBIN offered to welcome Jax into our rescue after his family decided they were no longer able to care for him.  Prior to being surrendered, Jax suffered a ruptured disc and so now his hind legs are paralyzed.  The great news is that Jax is in no pain whatsoever and is blissfully unaware that he is paralyzed.  Since he is paralyzed, his foster Mom expresses Jax's bowels and bladder for him.  He is great at entertaining himself and loves to throw a toy in the air and then chase after it - something we never tire of seeing!  He really loves to wrestle with other dogs and will crawl into his foster Mom's lap for a snuggle - with whom he has bonded so strongly with!  He just loves to be loved on.  Jax's foster parents even bought Jax a snazzy wheelchair made just for him!  His fospice Mom formulated a special diet for him and gives him supplements to help him stay strong and healthy.  She even does therapeutic massage for him!  His best friend is another young dog in his foster home and the two spend hours playing and wrestling with one another.
Jax was available for adoption for a couple of years - since a match was never made, he will remain with us.  He is deeply loved and brings joy to his family everyday!